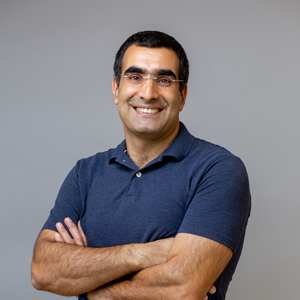 My goal is to build tools and strategies that can be shared with others to promote health and well-being.

Pini heads the KI Research Institute where he is responsible for crafting, building, and translating the KI vision into reality.

Previously, he worked for about two decades in the biotech industry, mainly in R&D roles.

Prior to joining KI, Pini was a senior investigator and then chief data officer at Medial Research, a private company that applies machine learning methodologies on clinical data to produce insights and solutions for healthcare organizations. Pini has been part of the company since its establishment, and he took part in numerous research projects, including developing an innovative tool for early detection of colorectal cancer that has now been implemented in healthcare organizations around the world.

Prior to Medial, Pini was a member of the founding group of the Cancer Research Center Bioinformatics Unit at Sheba Medical Center, Israel’s largest hospital. As a researcher at Compugen, he investigated how genetic variability influences drug response (pharmacogenomics). In addition, he characterized a novel phenomenon where neighboring human genes generate fused transcripts (intergenic-splicing), and worked on identifying new cancer biomarkers.

Pini holds a PhD in human genetics from the Sackler Faculty of Medicine at Tel Aviv University, an MSc in bioinformatics/biotechnology from Bar-Ilan University, and a BSc in molecular cellular and medical biology/computer science, also from Bar-Ilan.

Mountain biking is Pini’s favorite activity and his way of synthesizing physical activity with nature. 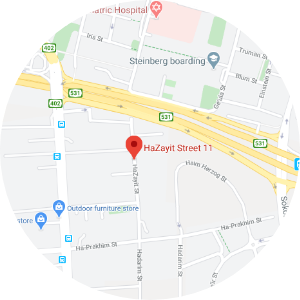 Menu
We use cookies on our website to give you the most relevant experience by remembering your preferences and repeat visits. By clicking “Accept All”, you consent to the use of ALL the cookies. However, you may visit "Cookie Settings" to provide a controlled consent. Read More
Cookie SettingsAccept All
Manage consent

This website uses cookies to improve your experience while you navigate through the website. Out of these, the cookies that are categorized as necessary are stored on your browser as they are essential for the working of basic functionalities of the website. We also use third-party cookies that help us analyze and understand how you use this website. These cookies will be stored in your browser only with your consent. You also have the option to opt-out of these cookies. But opting out of some of these cookies may affect your browsing experience.
SAVE & ACCEPT
Powered by